Everyone produces trash. Everyone. And everyone needs a garbage can. There’s just no other way about it. 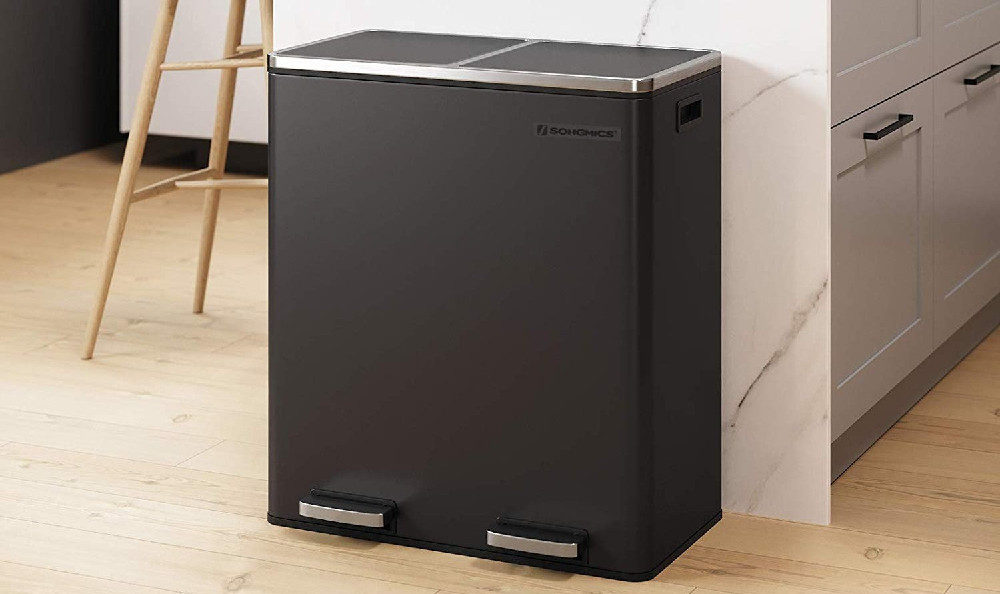 What some people do is they take plastic bags that they get from going grocery shopping, or something like that, and they use those as garbage bags. But, they don’t have a garbage can.

What ends up happening is that a lot of this garbage falls out of the bag, and then gets onto the floor. When they try to take it outside, so that they can get rid of it, it falls out again.

Sometimes, it’s even worse. They pour something a bit wet into the bag – such as old meat – and then the moisture starts to seep out of the bag, and onto the surface where the bag is. Cleaning that stuff up is incredibly disgusting, and it’s also completely preventable.

Finding a good garbage can isn’t that hard. And, it is a necessary purchase. Having a good garbage can ensures that you always have a place to throw your trash, and that you can simply tie up the bag and take it outside, when you’re done with. It’s a lot easier than having to organize and keep track of all kinds of random plastic bags.

We’re going to be looking at the SONGMICS Dual Trash Garbage Can. This is a wonderful garbage can that has a strong visual aesthetic, while also serving as a good garbage can.

What Does The SONGMICS Dual Trash Garbage Can Offer?

Immediately, you’re going to notice that the SONGMICS Dual Trash Garbage Can looks very nice! It’s not an ugly looking garbage can. Instead, it looks sleek, modern, and clean. The design isn’t particularly complex, and that lends itself to a sense of minimalism and modernity

Since the design of the SONGMICS Dual Trash Garbage Can is so minimalist, you can place it just about anywhere, and it will blend in. It will look nice in the space that you place it, and you can place it anywhere.

What’s nice is that when you step on either foot pedal, the lid lifts up quickly, but it doesn’t make a sound. Instead, it makes no noise when it comes up, and when you step off of the pedal, it moves down slowly, without slamming down. Both of these lids are also quite durable, and they keep flies and other bugs from getting into the trash.

Ultimately, the SONGMICS Dual Trash Garbage Can is a sleek and well-designed garbage can that looks nice. Not only does it look nice, though, it’s also strong, durable, easy-to-use, and it can hold a lot of trash!

The iTouchless 16 Gallon Trash Can has the same capacity as the SONGMICS Dual Trash Garbage Can, which is sixty-liters since 16 gallons is sixty-liters. It also has a very similar design.

You’ll notice that the iTouchless 16 Gallon Trash Can has a nice stainless steel design. It looks great, and it’s also incredibly strong. Even if it tips over or someone throws it, it’s not going to break.

In the end, the iTouchless 16 Gallon Trash Can is well-designed and pleasant to look at. Where it excels, though, is the durability. This is a strong garbage can, and that’s one of its best and most notable qualities!

SONGMICS Vs. Organize It All 16 Gallon Trash Cans

The Organize It All 16 Gallon Trash Can is just like the previous two trash cans, when it comes to the overall capacity. But, where it differs is in the quality of the design and the aesthetic. 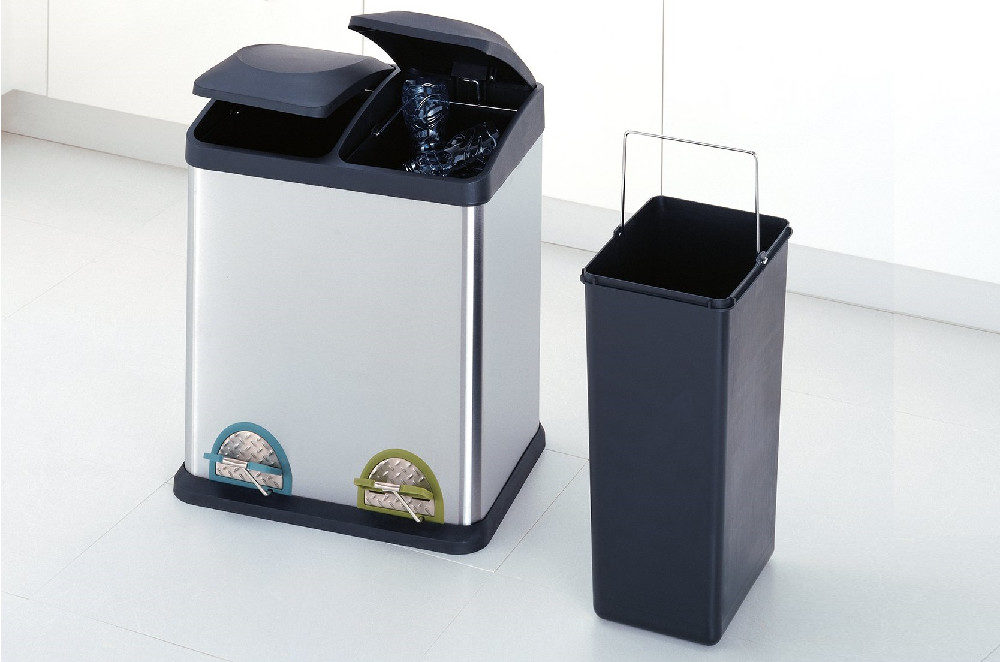 Just like the previous trash cans, there are two spaces for garbage bags. But, unlike the other two trash cans, the pedals that are connected to the lids have their colors. And, these pedals aren’t made of the strongest material, so stepping on them feels a little weird.

When you step on the pedals, the lids come up, and then they fall and make a small “thud” sound. They aren’t the strongest. But, the actual trash can is made of stainless steel, and it is quite strong.

For what the Organize It All 16 Gallon Trash Can is, it’s pretty good. Sure, it’s not the most aesthetically pleasing trash can, nor is it the most well-designed. But, it is quite affordable, and serves as a good trash can.

The Simplehuman Trash Can gives you 15 gallons of capacity – or fifty-eight-liters – instead of 16. But, what it lacks in capacity, it makes up for in durability.

With the Simplehuman Trash Can, you have one of the strongest trash cans available. This trash can is made of strong steel that lasts for a very long time.

If you want a durable trash can that will last for at least a decade, then the Simplehuman Trash Can is easily the best choice for you! It’s not that cheap, but it is durable, well-designed, and it looks pretty nice, too! 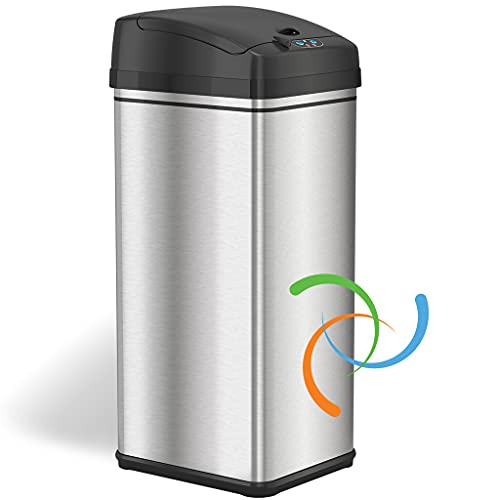