Robot vacuums are some of the most popular vacuums on the market today. More and more brands have chosen to invest their resources into developing their robot vacuums, robot vacuums with unique features and attributes that aren’t found anywhere else. But, in truth, most of the available robot vacuums operate on the same basic design principles. Design principles that have to do with a circular design, a similar navigation system, brushes on the sides, and one brush in the middle, among several other common design features.

One of the reasons why this design is so commonplace has to do with the fact that this was one of the very first designs for a robot vacuum. Or, more specifically, a robot vacuum that people were able to buy at the store. And, it wasn’t so long ago when that first line-up of robot vacuums, for home usage, were released. Each one held the design features that are so prevalent today.

You can thank iRobot for that. iRobot, to a great extent, invented the robot vacuum market. The design trends you see in the different robot vacuums available mirror the early design plans that were found in those early iRobot robot vacuums. The success that those robot vacuums received inspired many other brands to begin building their robot vacuums.

Many of these robot vacuums have slight variations on the design that iRobot laid out, but they are minor variations. And, this is because, simply put, iRobot is the best at what they do. They are exceptionally good at manufacturing robot vacuums.

In this buying guide, we’re going to be looking at three robot vacuums from iRobot’s Roomba product line. These are the Roomba 671, the Roomba 640, and the Roomba 614. You’re going to learn what they offer you, in terms of features and attributes.

What Does The Roomba 671 Offer?

The Roomba 671 is one of the more basic robot vacuums from iRobot, but it’s a very effective robot vacuum that has all of the attributes that the best Roomba vacuums offer.

With a simple and sleek design that is contained within a circular frame, you have a very easy-to-use and efficient robot vacuum. On top of the vacuum, several buttons give you access to the basic features of this vacuum. But, most people will use the iRobot Home App. Using this app, you can turn on the robot vacuum, access various cleaning modes and settings, and create a custom schedule. If you have Amazon Alexa or Google Assistant, you can use those pieces of software to access those features, as well.

All of those brushes, not to mention the powerful suction, form the 3-Stage Cleaning System. This is a system that most of the Roomba vacuums use because iRobot has spent a lot of time designing and developing it so that it is exceptionally efficient.

Using Dirt Detect Sensors, that iRobot has patented, the Roomba 671 moves around your space, with precision and speed, cleaning up all that is in its path.

In the end, if you want a robot vacuum that is simple, efficiency, and easy-to-use, this is a fantastic choice. It isn’t the most powerful robot vacuum on the market, but it is quite powerful, nonetheless.

What Does The Roomba 640 Offer?

With the Roomba 640, you’re getting a Roomba robot vacuum that is quite similar to the Roomba 671, when it comes to the basic features that are offered, and the design qualities. But, here’s the thing about the Roomba 640, it doesn’t have any smartphone functionality. Or any Smart Device functionality, for that matter. You can’t use your smartphone, or Amazon Alexa or Google Assistant.

Through the use of Dirt Detect Sensors, the same ones that are found in the Roomba 671, as well as various other sensors that aid in navigation, the Roomba 640 is able to find the spaces that are dirty, and then it cleans those spaces, on its own, without you having to adjust any settings. This is a very convenient set-up that does make things quite easy.

As for the brushes, and how they work, they work the same way that the Roomba 671 works. You have two brushes that are on the sides, and a bigger brush in the middle that is also the source of the vacuum’s suction. It is a very effective system, however, and that is why it continues to be used. You can use the Roomba 640 to vacuum up most things, but especially thick or dense carpets may be a bit problematic. You do have a bit more suction power than the Roomba 671, though.

If you want a robot vacuum that offers a bit more suction than the Roomba 671, and you don’t mind not having any Smart Device functionality, this is a good choice.

What Does The Roomba 614 Offer?

With the Roomba 614, you have what is, arguably, the most basic Roomba robot vacuum that is offered by iRobot. It has all of the basic features that the other Roomba robot vacuums offer, such as a 3-Stage Cleaning System and the same brushes and sensors, and that’s it. The suction power isn’t very strong, and there isn’t any Smart Device functionality, but that’s okay.

You see, with the Roomba 614, it’s meant to be a supplement to regular vacuuming. It will keep your floors clean for a while, but at a certain point, you’ll need to use a regular vacuum. But, for a long period of time, the Roomba 614 will ensure that your floors look nice, even if they are unable to vacuum up everything properly.

If that’s what you want, then the Roomba 614 is perfect! 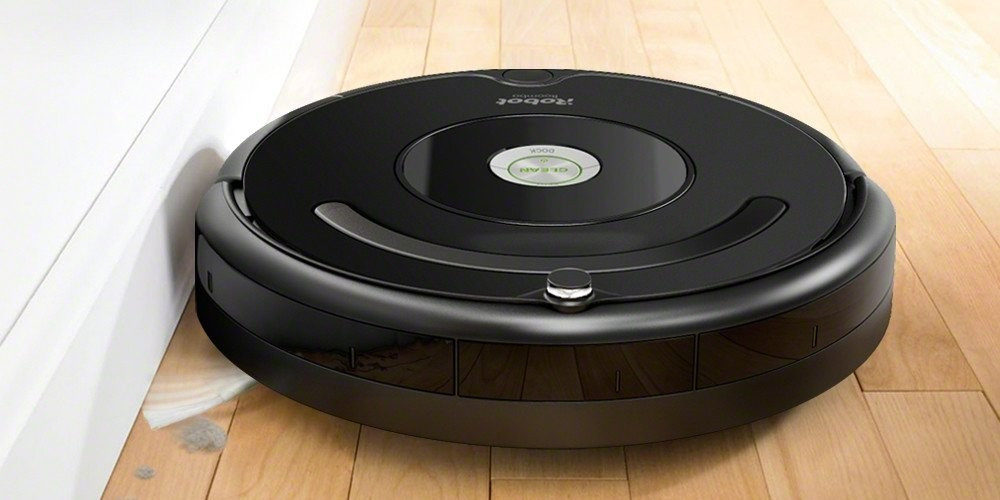