Back in the year 1901, the very first vacuum cleaner was manufactured. It was a fairly impractical machine, and it didn’t do a very good job at fulfilling its main function, which was that of cleaning floors. But, it did set the stage for what would become one of the most popular, and efficient, floor cleaning tools.

In this buying guide, we’re going to be looking at the Roborock E35 Robot Vacuum And Mop. This is a robot vacuum that consists of the main vacuum, and a mop. More and more vacuum cleaners are choosing to integrate other, equally related, floor cleaning devices into the mix. With the Roborock E35, they have integrated a mop.

You are going to learn about what the Roborock E35 offers, exactly, when it comes to the unique features and design qualities that it evokes. But, you’re also going to be learning about several other robot vacuums, as well.

What Does The Roborock E35 Vacuum And Mop Offer?

The Roborock E35 is a slightly expensive robot vacuum, but this price can be excused, because it offers a great deal of power and efficiency.

With the 5200mAh battery, you have 2.5 hours of battery-life. For a robot vacuum, that is a ton of battery-life, and this means that there is no need for you to be recharging the battery constantly. And, since the dustbin is quite large, as well, you can use the Roborock E35 for longer periods. This is something that many robot vacuums struggle with, but the Roborock E35 does not.

As for the suction power – for the “vacuum” portion of this robot vacuum and mop – you have 2000Pa of suction power. That is quite a bit of suction power, and using this suction power. You’re able to easily and effortlessly vacuum up the dirt and debris on most surfaces. Not all surfaces, but most. Thick rugs and carpets may present a slight challenge, but even then, you can still vacuum on those surfaces.

When it comes to the mop, you are using the mop and the vacuum at the same time. Now, if you’re on a soft surface, such as a rug, then the mop turns itself off. But, if you’re on a hard floor, the mop is used in conjunction with the vacuum. It loosens up the dirt and gunk on your floors, and then the vacuum sucks in that dirt and gunk, while also removing the water that is on the floor, ensuring that there aren’t any water stains.

Navigation is incredibly efficient, thanks to the different sensors that the Roborock E35 has been equipped with. Each sensor is used to detect and determine where the E35 is, and where it needs to go. These sensors are great, because they allow the E35 to move in a swift and precise manner, without taking too much time to vacuum and mop.

If you use the Mi Home APP, which is for your smartphone, you’re able to turn the vacuum on and off, create a schedule, customize the cleaning mode that is currently being used, tell the vacuum to charge, and you can move the vacuum around, manually.

With the Roborock S5, you have the same vacuuming and mopping system. The same suction power – 2000Pa. The same battery-life – 2.5-hours. And, many of the other features are the same.

However, the Roborock S5 is a little slimmer, and this allows it to move underneath furniture a bit more easily. This is great if you have couches or chairs that are especially close to the ground.

Along with that, the Mi Home APP gives you direct access to a map. This map is of the floor that the Roborock S5 is currently on. Using this map, you can see exactly where the S5 is, on that floor, and you can select particular spaces that you want the S5 to clean, and how you want the S5 to clean them. You can also create barriers that prevent the S5 from going into certain spaces.

Ultimately, if you want a robot vacuum that gives you more direct control and functionality, then the Roborock S5 is a truly fantastic choice!

With the Roborock E20, you have a robot vacuum that offers many of the same features as the Roborock E35, but the performance isn’t quite the same.

When it comes to the suction power that the Roborock E20 offers, you have 1800Pa. Not as much as 2000Pa, but still a lot. With this suction power, you can clean most floors and surfaces with immense ease.

If you own an Amazon Alexa device, you can use the Mi Home APP. You can also use this app with your smartphone. Using this app, you can turn the Roborock E20 off and on, tell it to recharge, adjust the cleaning mode, and you can manually control the movement of the Roborock E20, if you want a more hands-on approach.

From ECOVACS, we have the ECOVACS DEEBOT M80. This robot vacuum also has a mopping feature, and there are several other key features that it shares with the Roborock E35.

With the ECOVACS DEEBOT M80, you have a robot vacuum that gives you access to a five-tier cleaning system. This cleaning system consists of sweeping and vacuuming, as well as mopping. Each element of this cleaning system works in harmony with one another, and it leads to an effective and efficient cleaning experience.

When it comes to the overall performance of the ECOVACS DEEBOT M80, you can clean most surfaces with this robot vacuum. It’s not necessarily the most effective robot vacuum, but it works well enough.

You can control the robot vacuum, as well as access the different features, using your smartphone. These are features such as scheduling and choosing which cleaning features to use. The app is simple, but it’s easy to use.

Ultimately, the ECOVACS DEEBOT M80 is a simple and efficient robot vacuum. It doesn’t offer much that is particularly special, but it works, and it works well.

Right on the front of this robot mop, there’s a small nozzle. This nozzle sprays water, and then the M6 moves across the water that has been sprayed, and removes the gunk and grime from your floor. This is done using water, and either a Wet Mop Pad, or a Dry Cleaning Pad. You can add cleaning solution, too, if you want.

Using the navigation system, the M6 always knows where it is, where it needs to go, and how it needs to get there. If you use your smartphone, you can tell the M6 what to clean, and where to clean, using the map.

Ultimately, if you want a robot mop, and not just a robot vacuum that has a mopping feature, the iRobot Braava Jet M6 is one of the best options currently on the market. 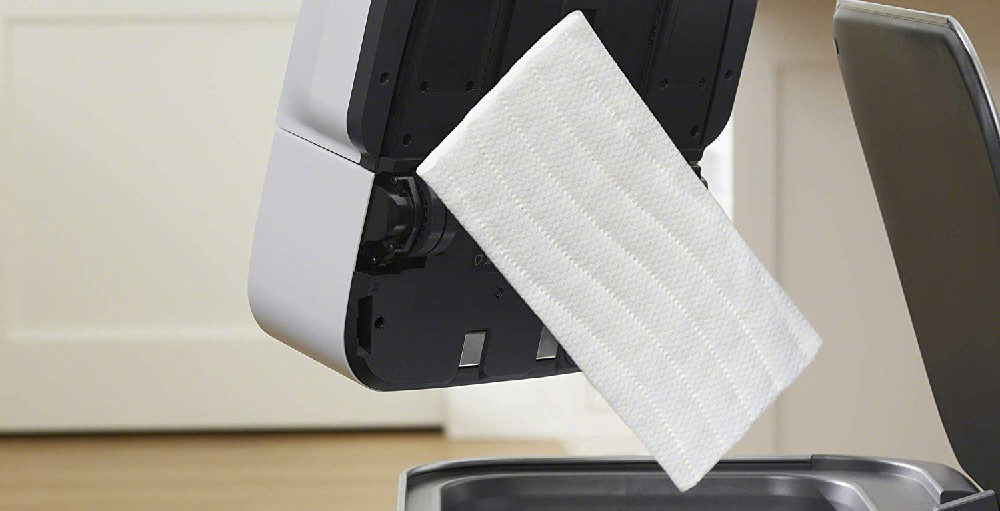