Mole crickets are some of the most annoying insects that exist. What makes them annoying is the fact that they are incredibly destructive, and can cause immense damage to the soil in your garden, the turf in your yard, and the plants that you are growing on and within those surfaces.

More often than not, mole crickets take people by surprise. For most of fall and most of winter, you don’t see them at all. But then, when spring begins, the real damage starts to take place. But, this damage is often difficult to notice until the middle of summer, when you’ll begin to notice dying grass and plants.

What Is A Mole Cricket?

Mole crickets are small insects that live in the top layers of the soil in your yard. They usually grow to be around one-inch, one-and-a-half-inches.. Due to their color and texture, it isn’t always easy to spot a mole cricket, since they can easily blend into the soil and whatever is on it.

When mole crickets do this, they damage the seeds that are growing, disrupt the soil, and increase the amount of surface moisture that is evaporating. This disrupts the soil in its entirety, making it a lot harder for plants to grow.

To nourish themselves, they eat grass roots – turf grass and pasture grass, in particular. Most of the time, it’s hard to notice that these roots are being eaten, because the damage usually doesn’t become apparent until the summer. This leads to those plants drying out and being completely damaged, making it a lot harder for them to continue growing and prospering.

If you encounter a mole cricket, it’s unlikely that it will bite. A mole cricket bite is completely harmless, though, if it does bite you.

Ultimately, mole crickets incredibly destructive insects that live in the top layers of the soil in your yard. They burrow and dig, which disrupts the soil and everything that’s growing within it. And, while they do this, they eat the grass roots that are within the soil, which disrupts your grass and its growth.

If you look at several different mole crickets, you’ll notice that they all tend to look a little different. That’s one reason why it can be hard to tell if the insect you’re looking at is actually a mole cricket.

There are, however, several distinguishing features that every mole cricket has. One of these features is their color, which is usually a dark shade of brown, or a slightly golden shade of brown.

In comparison to their body, mole crickets have large heads. On their heads, there are two large, black eyes that are very distinct.

Right in front of their head, on the front of their body, they have two large claws. These claws look just like the claws that a mole has, which is part of the reason why these crickets have the name that they do.

If you keep those distinguishing features in mind, you’ll be able to tell which insects are mole crickets, and which ones aren’t.

Most mole cricket damage looks like the damage that would be caused by moles. If a mole cricket has been burrowing through your soil, you’ll notice that the grass and soil has been pushed up, in comparison to where it previously was, and that there are little holes and entries within the soil, and all around it.

However, if mole crickets have been burrowing within your soul, and eating the grass roots, for a long period of time, then there is something else you’ll notice. All of the grass that’s been eaten by the mole crickets will be brown and it will look very decayed.

When a mole cricket eats the roots of the grass, it prevents that grass from receiving the water – and nutrients – that it needs, which leads to the grass decaying and then dying.

How Can You Get Rid Of Mole Crickets?

Mole crickets are incredibly annoying and destructive. But, fortunately, it’s actually not that difficult to get rid of them. There are a couple of different methods that you can use. Each one is effective, but some of them are more effective if the mole crickets are young and haven’t fully matured yet.

That’s because, when they’re young, they don’t have the same burrowing capabilities and they’re a lot easier to control.

If you choose to use an insecticide, it’s best to use it in either June, or July. That’s when the mole crickets are at their most active, and if you use an insecticide during those two months, you won’t have any problems killing them all and protecting your soil and grass.

Make sure you apply an insecticide when it is at least sixty-degrees outside. If it’s too cold, the insecticide won’t have much of an effect.

One thing to remember is that you will need to apply an insecticide to your soil on a frequent basis. An insecticide only lasts for so long.

While insecticides are certainly very useful, they can damage the soil and create problems. If you don’t want to risk that, then using a biocontrol organism can be an incredibly useful way of dealing with the problem.

Tachinid flies, parasitic nematodes, and parasitoidal wasps are the three most popular organisms, for dealing with mole crickets. Each one of these organisms is a natural enemy to the mole cricket, and they’re very effective at eliminating them from your soil, without damaging the soil or the grass that is growing within the soil.

If the problem is simply too large and too difficult to deal with, then an exterminator may be the best choice.

If you choose to hire an exterminator, make sure to find a pest company, within your local area, that has experience dealing with mole crickets. And then, they’ll come over and look at the situation, determining what the best course of action is.

In some cases, the best solution is to use various chemical products and tools to fully eliminate the crickets. And, in other cases, they may set up plants or add biocontrol organisms to your soil, so that the mole crickets can be eliminated.

Every good exterminator will not only deal with the problem, but also figure out a way to get your soil back to the way it’s meant to be.

Partridge pea, and shrubby false buttonweed are the two best shrubs for preventing a mole cricket infestation. Mole crickets don’t like these shrubs, and they make it a lot harder for the mole crickets to move around within the soil, creating tunnels and feeding off of the grass roots.

Ultimately, mole crickets are a pain to deal with. They destroy the soil, destroy the grass, and cause a lot of damage. Nobody likes to deal with those kinds of problems, and it can sometimes be quite stressful, trying to figure out how to remedy the situation.

Fortunately, though, it isn’t that hard to get rid of mole crickets. Take the time to consider your situation, and then look at the methods that have been laid out for you, and choose the one that is ideal for the needs you have, and the situation that you are currently dealing with. 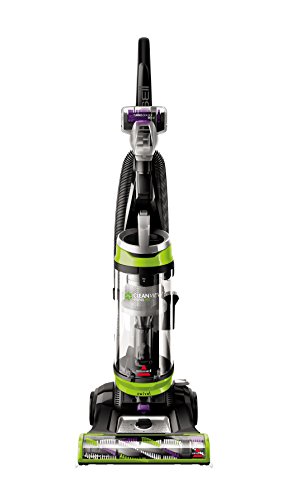