A spin scrubber is a device that consists of a long rod, and at the bottom of this rod, there is a scrubbing brush.

When you turn on the spin scrubber, the brush begins to rotate at a very fast pace. From this brushing speed, all of the dirt, gunk, and grime on your floors – or whatever surface you are scrubbing – is loosened up, and then removed.

To some extent, a good spin scrubber is a great alternative to mopping, because it’s faster and a bit more efficient. But, spin scrubbers are smaller than mops, and they’re designed for more precise cleaning, within a very particular space or on one particular stain or mess.

If that’s what you need, then you have come to the right buying guide. In this guide, you’re going to be learning about two very good spin scrubbers. They are both from Homitt, and they exemplify the best characteristics of some of the best spin scrubbers that are available.

To start, you’re going to be learning about the Homitt Electric Spin Scrubber. You are going to learn about what it is and what it does and why it might be the right spin scrubber for you.

What Does The Homitt Electric Spin Scrubber Offer?

The Homitt Electric Spin Scrubber is cordless. It doesn’t rely on a power cord. Instead, it relies on a battery. On a single charge, this battery can give you around an hour, to 1.5-hours of battery life. But, charging the battery, takes about 3.5-hours.

For some people, that’s going to be very inconvenient, having to wait that long for the spin scrubber to be charged again. But, at the same time, having this cordless system makes it a lot easier for you to move the spin scrubber around.

When you are using the Homitt Electric Spin Scrubber, the spin scrubber itself spins at 300 RPM, and this is done at 360 degrees. It’s a very fast and efficient spin scrubber, and with this speed of rotation, it makes quick work of most stains and messes.

To use this spin scrubber, there are four different scrub brushes that you can choose from. The first of these is a flat brush head, which is used to clean large, flat areas. Then, you have a much smaller flat brush head, which you will use to more precisely clean smaller flat areas. There is a round bristle head that you can use to clean spaces such as sinks, toilets, and even bathtubs. Finally, you have a corner scrubber head, which is great for cleaning those small and tight spaces that none of the other brush heads can properly reach.

What’s nice about the Homitt Electric Spin Scrubber is that it has a twenty-one-inch handle. This is an extendable handle, and you can use it to scrub in spaces that are farther away and difficult to reach. Picking it up and moving it around feels good, there isn’t any weight or heft to it, and you won’t have any problems with discomfort.

Ultimately, if you are on the market for an excellent spin scrubber that is flexible, versatile, made of good components, very affordable, and efficient, then the Homitt Electric Spin Scrubber is an excellent choice!

What Does The Homitt Power Spin Scrubber Offer?

Instead of having a rotation speed of 300 RPM, you have a speed of 190 RPM and a speed of 280 RPM. There isn’t a significant difference, but depending on the type of cleaning you intend to do, it can be a noticeable difference.

As for the battery, it takes five hours to charge and gives you one hour of battery life. So, unfortunately, it’s not quite as convenient as the Homitt Electric Spin Scrubber.

Nevertheless, while the Homitt Power Spin Scrubber certainly has a few attributes that make using it a little less convenient than it could be, the overall experience is excellent.

Through the use of a small water pipe, you can add water to the Homitt Power Spin Scrubber. This makes the overall scrubbing process a bit easier and a bit more efficient since the water helps to loosen up any stains or messes that you are cleaning.

While the Homitt Power Spin Scrubber does offer less overall power than the Homitt Electric Spin Scrubber, it’s a cheaper spin scrubber, and it has a few great features. Namely, the fact that you can add water to the scrubber, which does make the scrubbing process a bit easier, and more efficient, depending on what it is that you are scrubbing.

In the end, if you’re looking for a good spin scrubber that is very affordable, with a simple and functional design, as well as some excellent efficiency, then the Homitt Power Spin Scrubber is a great choice. As long as you don’t mind a long recharge time and a design that isn’t very visually pleasing. 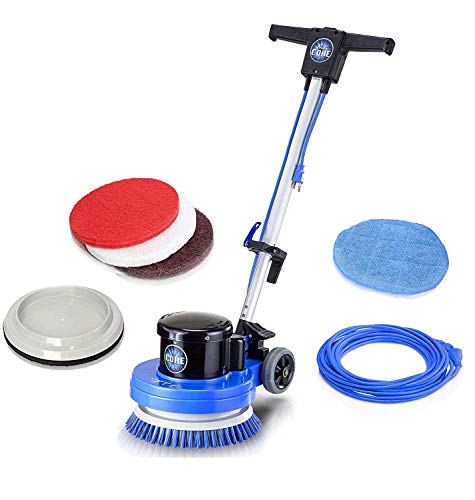 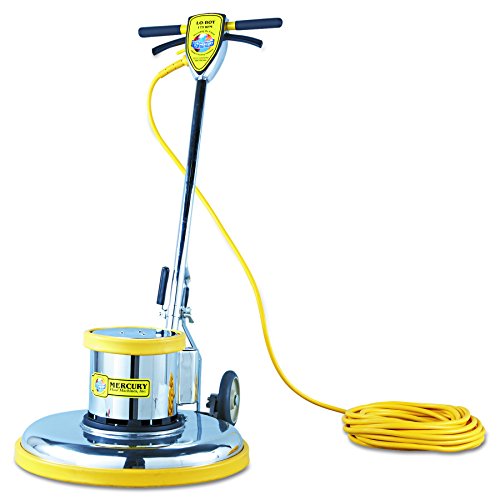 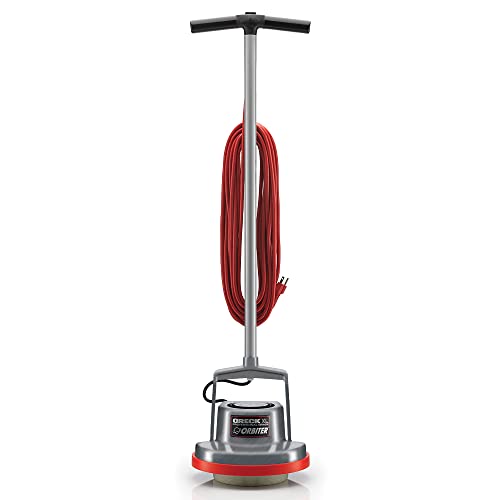