Robot vacuums are unique, because they vacuum for you. There’s no need for you to move the vacuum cleaner around, because you can just press a couple of buttons and then the vacuum moves across your floors and vacuums for you. 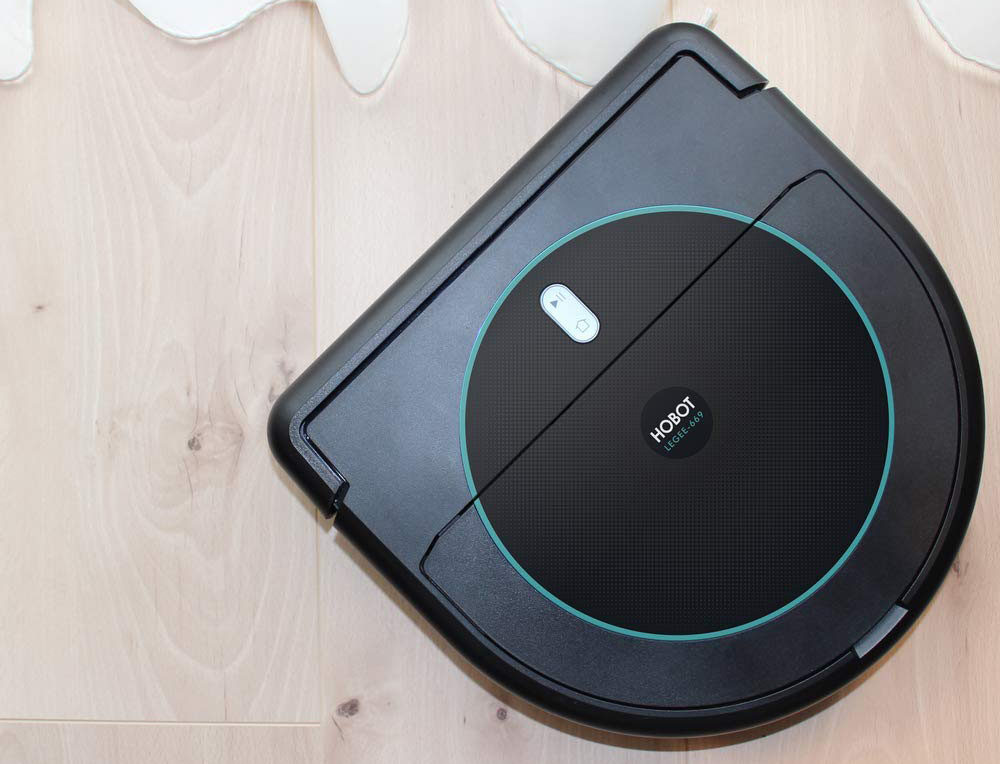 That’s the biggest reason why robot vacuums have become so popular. You have a lot more time to focus on other activities, because you aren’t forced to move the vacuum around, from place to place.

As robot vacuums have become more popular, they’ve started to integrate a wide variety of different features. Features such as smartphone functionality and more elaborate navigation systems. Some robot vacuums are also starting to integrate mopping systems, which allow the vacuum to mop and vacuum your floors, at the same time!

In this buying guide, we’re going to be looking at a fantastic robot vacuum that consists of a standard robot vacuum feature, as well as an excellent mopping system! The device in question is the HOBOT LEGEE-669 Vacuum-Mop Robot.

You’re going to learn about what the HOBOT LEGEE-669 Vacuum-Mop Robot has to offer, with regards to the different features and attributes that it consists of. By the time you’re finished reading this quick guide, you’ll know whether or not this is the right device for you.

To start off, when you take the HOBOT LEGEE-669 out of the box, you’ll notice that the design is pretty similar to that of every other robot vacuum. But, unlike many other robot vacuums, this device is actually pretty large. It’s pretty large, and this means that it can be a little difficult to pick the device up and to move it around. But, fortunately, you won’t have to do that very often, since this is a robotic device.

There is one other key thing that you’re going to notice. Most robot vacuums can vacuum carpets, but not this robot vacuum. Instead, this device is designed for hard floors, and hard floors only. This means that if you have a home that consists of carpets and rugs, this might not be the right device for you.

When you turn on the device, it’ll start to move around and map out the space that it is in. This is accomplished using LEGEE Smart Navigation Technology, which is a very powerful navigation technology that involves that maps out the entire space the device is in, and finds the best routes and paths for the device, so that it’s able to clean in a quick and effective manner.

As the HOBOT LEGEE-669 is moving across your floors, it performs a four-stage cleaning process. This cleaning process consists of four distinct stages, and each stage is very important because it allows your floors to be cleaned in a quick and effective manner, ensuring that all of the dirt and dust is properly removed.

The first stage is that of vacuuming. Vacuuming is accomplished using side brushes that push the dirt, dust, and hair into a suction channel. From this suction channel, all of that stuff is sucked into the vacuum.

The second stage is dry mopping. This stage consists of using the mop pads that are on the bottom of the device to loosen up stains, dirt, and dust. For lighter stains, this is more than enough power.

Finally, the fourth stage is when the mop pad moves across the wet floors, effectively removing what is still on the floors.

It’s a simple cleaning process, but it works incredibly well. Using this cleaning process, the HOBOT LEGEE-669 can ensure that your floors are cleaned quickly, and effectively. You won’t have to deal with any nasty stains or clumps of dirt and dust on your floor.

To use this device, you’ll be relying on a remote control. This remote control is easy-to-use, but since there isn’t any smartphone functionality, it can be a little inconvenient, having to always rely on it.

While the HOBOT LEGEE-669 Vacuum-Mop Robot is somewhat expensive, it’s also incredibly efficient. If you’re looking for a great robot vacuum that also has an excellent mopping system, then this is a great device to purchase!

It’s important to remember, though, that this device can’t be used on carpets. Only on hard floors. So, if you have a lot of carpeted floors, this is not the device for you.