Remember back in the day of old, boxy fans that made more noise than they moved air? Or what about those wall-mounted atrocities that threaten to fall when you pull slightly on the power cord? Well, those days are long gone as tower fans slowly but surely dominate the market. Tower fans are not just a device that moves air, but their aesthetics do a lot at modernizing the interior of a room.

And like so many household appliances, Dyson seems to be one step ahead of everybody else when it comes to tower fans. In this article, we’re going to take a close look at three of their astounding tower fan options: the AM06, the AM07, and the hot-and-cool AM09.

The diameter of the fan is a great indicator of how much air the appliance can move. The Dyson AM06 is 33 mm in diameter and moves roughly 37 liters of air per second. This is not the most powerful fan out there, but the AM06 is a smaller, desktop fan that’s typically used for concentrated cooling in tinier spaces.

The Dyson AM07 is comparable to the traditional stand fan. It measures in at about 1 meter in height and a 190-mm diameter amplifier that moves roughly 500 liters of air per second. We can see a clear distinction between the air circulating power of the AM07 and the AM06, making this the more appropriate model in larger rooms.

AM09
The Dyson AM09 is somewhat a mixture between the AM06 and AM07 in terms of size and airflow delivery. Although the height of this tower fan is only 595 mm and has a 153-mm amplifier, it’s not exactly designed to be placed on top of a desk or table. Even at a low altitude, this tower fan can move a tremendous amount of air (roughly 600 liters per second). But there’s something even more surprising about the AM09 that we’ll get into later.

Conclusion: By looking at the height and airflow volume of each of these Dyson tower fans, we conclude that the AM06 – as the smallest of the bunch – is best-suited for use in bedrooms or on top of tables where you’d prefer a concentrated blast of cooling air. As for the AM07 and AM09, these fans are made for large-sized rooms by circulating air much more efficiently. But if air circulation is your goal, then consider the AM07 as it is the most powerful of the three by a significant margin.

AM09
Like any fan, the AM06 and AM07 do not exactly cool down a room but rather promote better air circulation which evaporates sweat, giving you a sensation of coolness. However, the AM09 is entirely different from these two. Not only does it cool you down with its frost 0°C minimum temperature setting, but it can also heat you and your room up to a toasty 37°C.

Why is this worth mentioning? Well, this means that the AM09 can be used all year long, unlike the AM06 and AM07 which would most likely go into storage during the frosty, wintry months. The versatility of the AM09 is amplified several times over, thanks to the heating feature.

AM09
Another thing that separates the AM09 from the other Dyson tower fans is its two fanning options – focused and diffused. Focused mode is just as the name suggests; the AM09 shoots out a focused jet of continuous air at faraway objects for concentrated heating or cooling. When the diffused mode is activated, the fan projects a wider blast of air that mixes with the surrounding indoor air for improved air circulation and cools multiple people at once.

As for the AM06 and AM07, these two have a regular fanning mode that’s is in between focused and diffused mode on the AM09. These two units will cool down a room, and when oscillating can hit multiple objects.

Although the AM06, AM07, and AM09 have some rather significant differences, there share far more of the same features. Let’s take a look at what sort of overlapping specs and features are present in these three Dyson tower fans.

Even though tower fans are naturally “bladeless” (meaning no exposed spinning blades to get your fingers caught in), we feel that it is important to stress the importance and safety of such a design.

The impeller fan is housed within the tower fan’s cylindrical casing. Cleaning the fan’s amplifier is entirely safe and easy to do. A few wipes with a moist towel, and you’re all done. Any lint or dust latched onto the amplifier will disappear in seconds.

Like any good fan, the AM06, AM07, and AM09 each come with a programmable sleep timer. Users can set up the fan to preset intervals starting from a brief 15 minutes to a lengthy 9 hours long. It’s set-it-and-forget-it as the fan will power down automatically upon reaching the end of its cooling or heating schedule.

The last thing we’d shared spec we’d like to mention is the ability to control the AM06, AM07, and AM09 from afar with the included remote control. No longer will you need to stand up and push buttons or pull on power cords to turn a fan on. Everything can be done with the remote control – from turning it on or off to setting up schedules to adjusting the temperature (AMO9 only). And the best thing about the remote control is that it’s almost impossible to lose. When not in use, the remote control’s concaved design and magnetic base stick comfortably onto the metallic amplifiers.

So after taking a closer look at the Dyson AM06, AM07, and AM09, we concluded that the AM09 is most versatile tower fan of the three by a very, VERY wide margin. All three of these tower fans work excellently at improving the quality of indoor air by moving tremendous amounts of air per second, but the heating and cooling features of the Dyson AM09 make it the most useful tower fan during every month of the year. 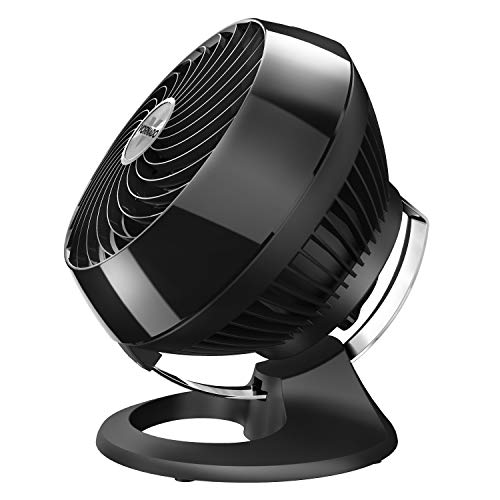