There are plenty of air purifiers in the market today. Just like most other home appliances, you get a wide range of options to choose from. Although the variety means that you will be able to find the perfect fit for your needs, it can also leave you stranded when you get multiple devices that appear to be perfect fits.

Today, we are going to compare two very popular air purifiers. These devices are both in the low budget category, and they do a great job purifying the air despite their low price tags. These devices are the popular Levoit LV-H132 and the Blue Pure 411.

Blue Pure 411
With a height of 16.7 inches and a weight of only 3.4 pounds, this air purifier is compact and very portable. This means that you will have no trouble moving it from one room to the other as the need arises.

When it comes to the design, this air purifier is very similar to the Levoit LV-H132. It comes with a cylindrical shape with controls at the top. However, the Blue Pure 411 has a 360-degree air intake that helps improve utilization of the fan power.

Levoit LV-H132
Like we mentioned earlier, this air purifier comes with a cylindrical shape. The intake grill is at the bottom of the device and the clean air outlet grill is on top of the air purifier. The top face also houses some LED indicators and the touch control panel.

The control panel is simple, with a power button, a button for controlling the fan speed, a filter reset button and a nightlight button. There is also an indicator for the current fan speed and another that will tell you when it’s time to change the filter on this air purifier.

With a height of 14 inches and a weight of 6 pounds, it is slightly heavier than the Blue Pure 411. It is, however, shorter and thus more capable of fitting in tight spaces. Despite being heavier, it is still portable enough to be carried around as you travel.

Blue Pure 411
The quality of air purification that you will get from an air purifier will be determined to a great extent by the type of filters that the device has. The number of filtration stages also determined how long it will be before you need to visit the stores for a replacement.

This air purifier has a 3-stage filtration process where the air is passed through three filters before it is released back into your room. The first filter is a fabric pre-filter that can be found surrounding the air purifier. This means you can tell how clean it is at a glance and if need be, you can easily vacuum away the dirt and debris.

The second filter is a particle filter that is made from polypropylene fibers. This one captures the smaller particles that were able to make it past the pre-filter. It is not as effective as a true HEPA filter, but it still does a good job catching 99% of small dust particles, pet dander, fungi, pollen, and other allergens.

The final filter is an activated carbon filter that is effective in removing smoke, odors, VOCs and other gases. Although it does not have a HEPA filter, the filter here does a pretty good job when compared to other filters in its price range.

Levoit LV-H132
This air purifier also has a three-stage filtration process that passes the air through three filters. The first one is a pre-filter that eliminates large objects like dust, pet hair, mold, fungi, and even pet dander. It is fine to capture most particles and ensure that your main filter lasts long.

The second filter is the certified True HEPA filter that is capable of capturing particles with diameters as small as 0.3 microns. This means that the filter will catch particles that you can’t even see. Finally, the air is passed through an activated carbon filter that eliminates smoke, chemicals, cooking smells and other odors.

Blue Pure 411
Another important aspect of an air purifier is the room coverage that you will be able to get from it. The Blue Pure 411 has been designed for small to medium rooms. It will comfortably clean rooms between 100 and 175 square feet, but its coverage has been rated at 161 square feet.

The rated coverage is not much, but it makes up for that with the compact and portable design that enables you to move the purifier with you from one room to the other.

Levoit LV-H132
With a room coverage of 129 square feet, this air purifier is also made for small rooms. However, it is also very portable so you can move with it to wherever you need your fresh air to be.

Blue Pure 411
This is one area where the Blue Pure really shines. At its lowest setting, this air purifier will only produce 17 decibels. Even if you want it to run at the highest fan speeds, it will still produce a decent 46 decibels, a rating that is lower than most other air purifiers in its class.

When it comes to power consumption, this air purifier has a rating of 1.5W at the lowest settings and only 10W when you push everything to the limit.

Levoit LV-H132
Although it is not as silent as the Blue Pure 411, this air purifier is also quite impressive when it comes to noise and power consumption. With everything at the lowest setting, this air purifier will produce just 36 decibels and at the highest level, it will produce only 50 decibels. You will never have trouble sleeping even if you leave it running.

With a maximum power consumption of 28W and a minimum of 28W, the Levoit LV-H132 is also quite efficient.

Both these air purifiers are great choices for anyone looking for an affordable but effective air purifier for small rooms. The Levoit LV-H132 has been one of the best sellers on Amazon for a while because of its amazing performance and reasonable price tag. The Blue Pure 411 is relatively newer in the market, but it comes with some impressive features that will give devices as popular as the Levoit LV-H132 a run for their money. 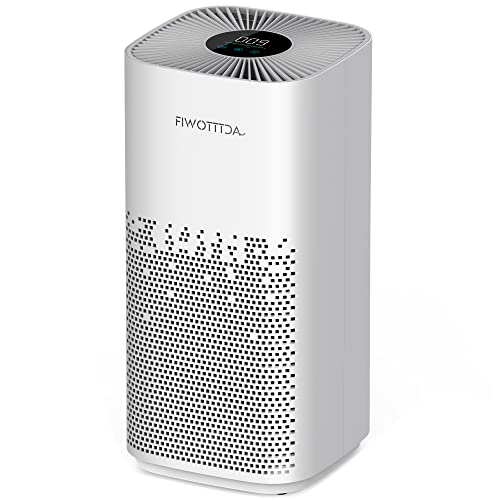 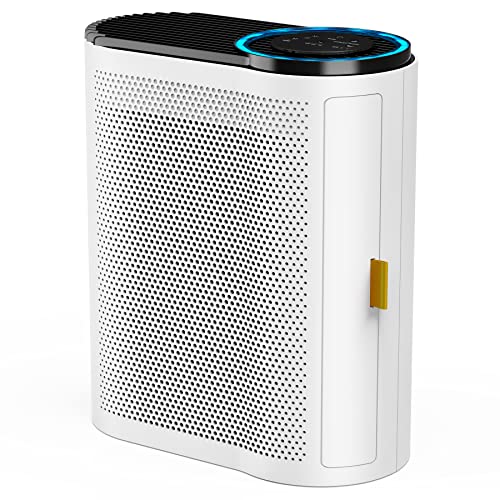 AROEVE Air Purifiers for Large Room Up to 1095...
Check Latest Price
Our Pick No. 3 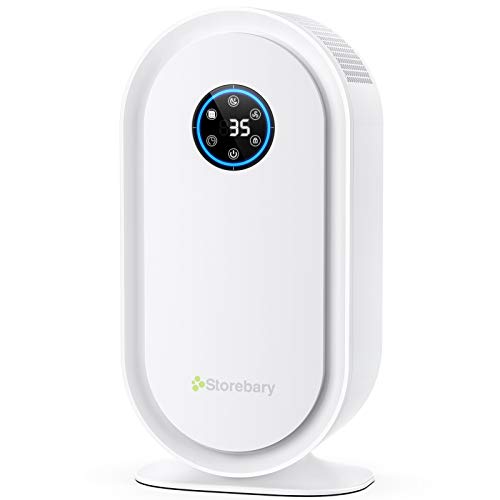 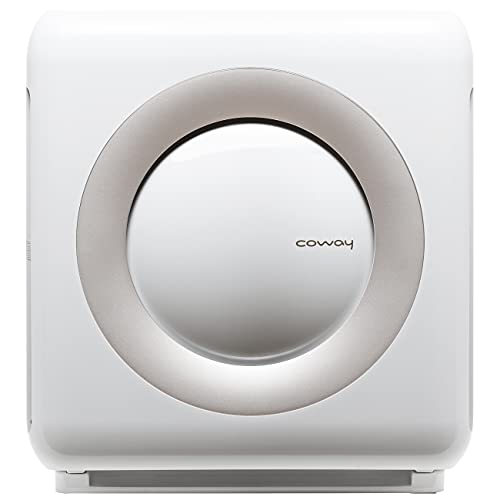