Today, iRobot is one of the most popular and most well-respected robot vacuum manufacturers of all time. They’re most popular product is that of the Roomba, which has become synonymous with robot vacuums, in general.

Because of this, so many people are lead to purchase a Roomba, as their first robot vacuum, over other robot vacuums. Many people are unaware of the sheer variety of options that are out there, and so they believe that the Roomba is the best choice.

However, for many people, while the Roomba is a truly amazing robot vacuum, it has a myriad of flaws and design features that will greatly affect your enjoyment and experience using the robot vacuum.

Instead of seeing the iRobot Roomba as the best robot vacuum, and the only valid robot vacuum, you’re going to learn about the different design choices that may convince you to not purchase an iRobot Roomba, and instead, you’ll be lead to looking at several other robot vacuums. These robot vacuums may be even better, when it comes to fulfilling your purposes.

Why Shouldn’t I Purchase An iRobot Roomba Robot Vacuum?

Yes, cost is a big factor. Now, robot vacuums aren’t exactly known for being cheap or inexpensive, but there are many different budget options available. Many of these budget robot vacuums are actually very good, even if they don’t come from brands that are the most well-known or the most popular.

However, since Roomba robot vacuums are so well-known and so popular, they are some of the most expensive robot vacuums you will find on the market. Compared to just about every other brand of robot vacuum, they are easily the least affordable.

Many other robot vacuums are just as good, and they have the same kinds of features and attributes, but without the incredibly hefty price tag. For this reason, you may be better served looking at a less popular robot vacuum, and purchasing that one, then purchasing a Roomba.

Not (Yet) As Powerful As An Upright/Canister Vacuum

Robot vacuums haven’t been around for very long. In fact, the first commercial robot vacuum was released in 2002. This type of technology is still very much in its early stages of development, and as such, it isn’t anywhere close to reaching the power levels you’ll find in both upright vacuums, and canister vacuums.

In comparison, robot vacuums – this doesn’t just go for the Roomba – just aren’t that powerful. They can vacuum, and they can vacuum well, but you’re not going to be seeing anything that is particularly notable or extraordinary. Instead, you’ll notice that they can clean up smaller pieces of debris, dirt, dust, and things like pet hair. But, anything else, and, unfortunately, you’re going to have some difficulties.

If you’re looking for something that can offer you a great deal of power and efficiency, you’re going to be much better served with an upright vacuum, or even a canister vacuum. Robot vacuums are designed for convenience, above all else.

The biggest selling point, for most people, of a robot vacuum, is the fact that you can simply press a button, and the entire vacuuming process is completely automated. You no longer have to manually vacuum your home, and you don’t need to manually set up all of these different features and settings. Instead, you just press a button, and that’s it.

However, as mentioned earlier, robot vacuums are still very much in their early stages of development. While this development is happening very quickly, there are still a lot of things that are changing.

Naturally, these aren’t exactly big issues or huge inconveniences, but if you are truly looking for something that is completely lacking in maintenance, then even buying the most expensive iRobot Roomba will disappoint you.

For as great as the Roomba is, it still has a couple of flaws that iRobot is working on fixing. One of which is the fact that, while the sensors are certainly top-of-the-line, they still have a tendency to produce inaccurate scans. These scans, for example, tell the Roomba to keep moving forward, even though there is a chair or a wall right in front of it. This is because the sensors are imperfect, and they can’t always detect, with accuracy, what is actually around them.

So, it isn’t uncommon for your Roomba to get stuck. To continue moving forward, even when there is a big obstacle right in front of it. This prevents the Roomba from actually cleaning your home, and it wastes battery life.

Now, newer models have refined the technology needed to prevent this, but it is still a problem that exists and if you buy a Roomba, there is a good chance you will experience it at one point.

At the end of the day, for as great as robot vacuum cleaners are, and for as great as the Roomba is, they still require time and energy in order for them to work and function as best they can. The technology isn’t there yet, but it’s getting close.

What Are The Alternatives?

Buy A Cheaper Robot Vacuum And Try It Out
There are so many great robot vacuums out there, and many of them are much cheaper than the Roomba. Find one that you like, and try it out. Make sure you can return it and get your money back. That way, if you don’t like it, there hasn’t been any real loss.

Eufy Robot Vacuums
For a great alternative to the Roomba, Eufy robot vacuums is fantastic! These are inexpensive robot vacuums that are as powerful as a robot vacuum can be, while also offering the efficiency and convenience of a Roomba. 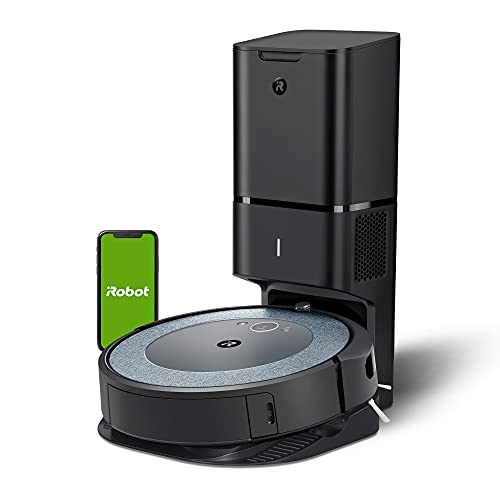 Roomba i4+
Roborock S7
Shark AV1010AE IQ
Empties on its own - you don’t have to think about vacuuming for months at a time. Clean Base Automatic Dirt Disposal with AllergenLock bag holds 60 days of dirt, dust and hair. Intelligently maps and cleans an entire level of your home.
The Roborock S7 can vacuum and mop, and does an excellent job at both. It's also the company's most powerful vacuum yet, with 2,500Pa of suction. Roborock S7 robot vacuum mops with the power of sound, scrubbing up to 3,000 times per minute.
The Shark AV1010AE IQ is one of the least expensive robot vacuum with self-empty base. The bagless, self-emptying base holds up to 30 days of dirt and debris. Easily start cleaning with Google Assistant, Alexa, or one tap in the app.
Check Latest Price
Check Latest Price
Check Latest Price
Great Deal!

Roomba i4+
Empties on its own - you don’t have to think about vacuuming for months at a time. Clean Base Automatic Dirt Disposal with AllergenLock bag holds 60 days of dirt, dust and hair. Intelligently maps and cleans an entire level of your home.
Check Latest Price
Best of the Best

Roborock S7
The Roborock S7 can vacuum and mop, and does an excellent job at both. It's also the company's most powerful vacuum yet, with 2,500Pa of suction. Roborock S7 robot vacuum mops with the power of sound, scrubbing up to 3,000 times per minute.
Check Latest Price
Budget Option

Shark AV1010AE IQ
The Shark AV1010AE IQ is one of the least expensive robot vacuum with self-empty base. The bagless, self-emptying base holds up to 30 days of dirt and debris. Easily start cleaning with Google Assistant, Alexa, or one tap in the app.
Check Latest Price

Sources
SmartCleaningTips: Best Robot Vacuums
NYmag Should You Get a Robot Vacuum?
ConsumerReports Can a Robotic Vacuum Replace Your Upright?